To share your memory on the wall of Randy Duren, sign in using one of the following options:

Randy C. Duren was born in Salem, Arkansas on April 27, 1951 to the late Hubert Festus Duren & Alma Irene (Hill) Duren. He passed from this life suddenly in Tulsa, Oklahoma on April 20, 2021 at the age of 69 years, 11 month, & 24 days. Randy was raised & educated in Drumright & was a 1970 graduate of Drumright High School. He married Susan Jane Frazier on June 18, 1973 & they remained together until her death on January 21, 2013. Except for 6 years they lived in Colorado & 7 years in Collinsville, he had lived all of his life in this area. Randy had attended & graduated from Culinary School & had worked the majority of his life as a butcher. He enjoyed hunting, being outdoors, & spending time with his friends. In addition to his parents & wife, he was preceded in death by BROTHERS: Garland – Harland - & Hubert Duren; SISTER: Peggy Haner; & a NEPHEW: Russell Duren.

To send flowers to the family or plant a tree in memory of Randy Carroll Duren, please visit our Heartfelt Sympathies Store.

We encourage you to share your most beloved memories of Randy here, so that the family and other loved ones can always see it. You can upload cherished photographs, or share your favorite stories, and can even comment on those shared by others.

Rusty and Cindy Wright and Verlyn Griffin sent flowers to the family of Randy Carroll Duren.
Show you care by sending flowers

Posted Apr 23, 2021 at 08:46pm
Randy, Don White and I hanged out together our Sr year at DHS. He always got us into trouble. Don always talked us out of the situation. The last three times I saw Randy he always wanted to arm wrestle. So I know at the Pearly Gates someone had to arm wrestle him. And, I know when I get to heaven I'll have to wing wrestle him too.
Comment Share
Share via:
LH

Posted Apr 23, 2021 at 04:53pm
I am so sorry about your Dad. He was one in a million and gone too soon. Your Dad made Ronnie and my’s wedding cake. Your family is in my thoughts and prayers.
Comment Share
Share via:
HS

Flowers were purchased for the family of Randy Duren. Send Flowers

Rusty and Cindy Wright purchased the The FTD Vibrant Sympathy Planter for the family of Randy Duren. Send Flowers

Flowers were purchased for the family of Randy Duren. Send Flowers 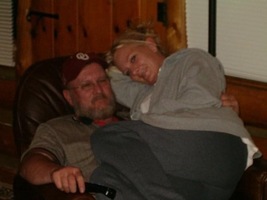 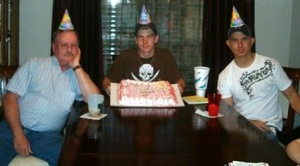 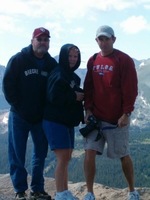