To share your memory on the wall of Jacquelyn Larkin, sign in using one of the following options:

To send flowers to the family or plant a tree in memory of Jacquelyn Carol Larkin (Skaggs), please visit our Heartfelt Sympathies Store.

We encourage you to share your most beloved memories of Jacquelyn here, so that the family and other loved ones can always see it. You can upload cherished photographs, or share your favorite stories, and can even comment on those shared by others.

Lonnie and Janene, Mike and Deborah McGuire, Peter and Kathy, and other have sent flowers to the family of Jacquelyn Carol Larkin (Skaggs).
Show you care by sending flowers

Posted Mar 22, 2021 at 08:57pm
Jackie was a dear sweet lady, full of grace and love. Every time I saw her she had a smile on her face and sparkle and love flowing from her heart. I didn't know her as well as I would have liked but know without a doubt she was an amazing lady.. She also has a couple of amazing daughters Becky and Stephanie.

God be with you and give you strength and courage to face the days and year ahead. He will always be there for you.
Comment Share
Share via:
LM

Posted Mar 21, 2021 at 05:27pm
Thankful for all the good times & celebrations we had together with many others. It was so special because we were born on the same day & same year.

Peter and Kathy purchased flowers for the family of Jacquelyn Larkin. Send Flowers

Posted Mar 19, 2021 at 12:19pm
What a beautiful person Jackie was !! Dad always loved being with her and the girls ! With our love from our family, Jack & Renae and Mark McGuire.

The FTD Comfort Planter was purchased for the family of Jacquelyn Larkin. Send Flowers 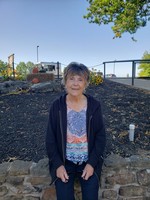 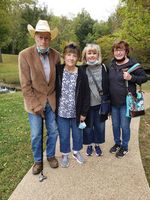 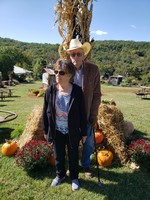