To share your memory on the wall of David Gobble, sign in using one of the following options:

David Anthony Gobble was born in Ft. Bliss, Texas on June 29, 1949 to Norita (Newton) Gobble. He passed from this life at his resident in Tulsa on August 13, 2020 at the age of 71 years, 1 month, & 15 days. David joined the United States Army in 1969 & served his country during the Vietnam War. After his discharge in 1971, he married Thurlene Ruth Clement in Oilton on August 20, 1971. They made their home in Oilton for many years. On March 29, 2007 Thurlene passed from this life. He then moved to Tulsa where he remained. In addition to his wife, he was preceded in death by a SISTER: Pauline Flynn; and a BROTHER: James Gobble.

To send flowers to the family or plant a tree in memory of David Anthony Gobble, please visit our Heartfelt Sympathies Store.

We encourage you to share your most beloved memories of David here, so that the family and other loved ones can always see it. You can upload cherished photographs, or share your favorite stories, and can even comment on those shared by others. 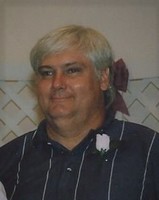