To share your memory on the wall of Callie Nelson Wells Flatt, sign in using one of the following options:

Callie Elizabeth (Nelson) Wells Flatt was born in Haskell, Oklahoma to the late Julius Leroy Nelson & Valora Elizabeth (Smith) Nelson on May 14, 1929. She passed from this life at the Drumright Nursing Home on July 25, 2020 at the age of 91 years, 3 months, & 11 days. Callie was raised in Haskell until age 13 when her family moved to Oilton. While in Oilton, she met Carl Jesse “Chubb” Wells & they were united in marriage on March 12, 1947. They made their home in Drumright & later purchased property near Shamrock where they remained for several years. On February 13, 1983, her husband Chubb died. She remained a widow until she married Glen Flatt on December 24, 1992. They remained together until his death in April 2019. In addition to her parents and husbands, she was preceded in death by a SISTER: Mary McElrath; and a BROTHER: Glen Nelson.

To send flowers to the family or plant a tree in memory of Callie Elizabeth Nelson Wells Flatt, please visit our Heartfelt Sympathies Store.

We encourage you to share your most beloved memories of Callie here, so that the family and other loved ones can always see it. You can upload cherished photographs, or share your favorite stories, and can even comment on those shared by others.

Posted Jul 28, 2020 at 05:04pm
So very sorry for the family. I remember this sweet lady especially growing up with her children. Love and prayers for the family. Joan Dobson Mitchell
Comment Share
Share via:
HS

Flowers were purchased for the family of Callie Nelson Wells Flatt. Send Flowers 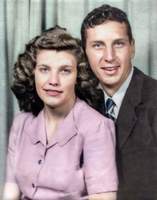 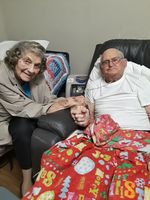 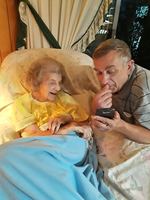 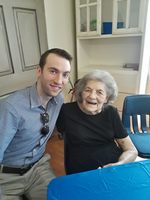