To share your memory on the wall of John Odle, sign in using one of the following options:

Johnny was born in Yale, Oklahoma on December 6, 1948 to the late John J. Odle & Evelyn (Huff) Odle. He passed from this life suddenly in the Cleveland Hospital on June 12, 2020 at the age of 71 years, 6 months, & 6 days. Johnny was raised & educated in the Buckeye – Oilton – Yale area. He has lived the majority of his life in the surrounding tri-county area and moved to Cleveland from Meramac – Perkins in 2013. He had worked as a boiler maker & welder all his life, until his health forced him to retire. He married Debra Jean Rutledge in Silver City on September 4, 1992 & they have remained together until his death. Johnny enjoyed playing Bingo, hunting, fishing, gardening, and spending time with his family. In addition to his parents, he was preceded in death by a BROTHER: Ricky Odle.

To send flowers to the family or plant a tree in memory of John William "Johnny" Odle, please visit our Heartfelt Sympathies Store.

We encourage you to share your most beloved memories of John here, so that the family and other loved ones can always see it. You can upload cherished photographs, or share your favorite stories, and can even comment on those shared by others. 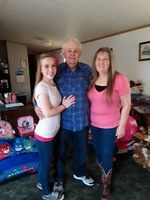 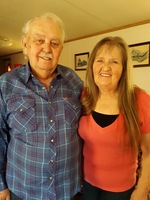