To share your memory on the wall of Luke Gooch, sign in using one of the following options:

Provide comfort for the family of Luke Gooch with a meaningful gesture of sympathy.

Walter Lucas “Luke” Gooch was born on February 4, 1970 to the late William Walter Gooch Jr. and the late Patricia Lambert Thomas. He went to be with the Lord on May 7, 2020 at the age of 50 years, 3 months and 7 days. Luke was a 1988 graduate of Yale High School. He learned to board draft in high school at Central Tech and secured a job as a draftsman for Skinner Tank. In February of 1990 he joined the United States Air Force and served during both Operation Desert Shield and Operation Desert Storm. He moved to Tahlequah in 1994 and enrolled at Northeastern State University where he earned a Bachelor of Arts in History and minored in English. Luke married Penny Nicholson in Tahlequah, Oklahoma on November 25, 1995. They raised three boys, Tyler Nicholson age 27, Graham Gooch age 21, and Kevin Gooch age 14.
Luke relocated his family to Drumright in 2005 when he took a job at the Pawnee Bill Ranch. The oilfield boom lured Luke back to drafting. He had his own Farmers Insurance agency in Drumright in 2008 but his failing health forced him to disability. Luke was a dialysis patient who often baffled and frustrated the medical community. He was diagnosed with kidney damage in 2005. He was on and off dialysis from 2011 to his death. Luke loved politics, fishing and reading but as his health declined and his interests molded to fit what he could do, he listened to the Blaze Radio, found support through various internet communities and offered up pithy and humorous posts on social media. Luke helped to found Victims’ Voices in 2009 and worked as the book keeper for the past 10 years. Luke consistently supported two charities: the John 3:16 Mission and Operation Underground Railroad. Luke’s heart pursued the Lord. He always slept with a small New Testament Bible at his side. Luke was a family man. He was a dad and he will be missed.
He leaves behind his wife: Penny Gooch of Drumright: Sons: Tyler Nicholson and fiance Sophia Harrod of Tahlequah – Graham Gooch of Drumright – Kevin Gooch of Drumright; Brother: Dale Gooch and Wife Deanna of Whidbey Island, Washington; Sisters: Amy McClure and husband Ron of Colorado – Jodie Dyer and husband Russell of Tulsa; Sisters-in-Law: Pandora Good of New Mexico - Dana Frisbie of Tulsa; Brothers-in-Law: Lewis Ping Jr. of Illinois - Joe Woltering of Illinois; Uncles & Aunts: Roger and Rita Lambert of Texas – Barbara Lambert of Purcell – Robert and Roxann Gooch of Kellyville – Edith and Don Schiller of Pryor; Nieces and Nephews: Lauren Lemmel - Hailey McMoore - Hannah McClure - Alison McClure - Hayden McClure - Rachel Mowarin - April Dyer - Griffin Dyer - Lewis Ping III - Heidi Goodrich - Laci Ping - Kylie Curson - Julia Frisbie; and numerous other family members and friends.
Read Less

To send flowers to the family or plant a tree in memory of Luke Gooch, please visit our Heartfelt Sympathies Store.

We encourage you to share your most beloved memories of Luke Gooch here, so that the family and other loved ones can always see it. You can upload cherished photographs, or share your favorite stories, and can even comment on those shared by others.

Steven, Kim, and Howdy, Melissa Todd, and others have sent flowers to the family of Luke Gooch.
Show you care by sending flowers

Steven, Kim, and Howdy purchased the The FTD Comfort Planter for the family of Luke Gooch. Send Flowers

Posted May 11, 2020 at 01:53pm
In loving memory of the best of fathers, Luke Gooch, who along with the fierce love of Penny, raised three brilliant young men.

Posted May 11, 2020 at 01:33pm
Wishing you peace to bring comfort, courage to face the days ahead and loving memories to forever hold in your hearts.

Posted May 11, 2020 at 12:51pm
Rest In Peace our friend. Makes us happy to know you're now healthy and without pain. Love to Penny, Tyler, Graham and Kevin. The Todds and family. 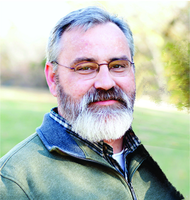 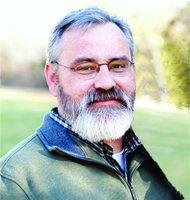 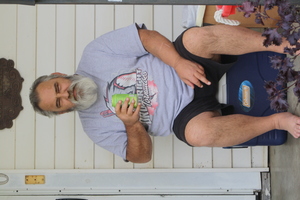 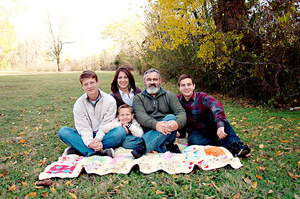