To share your memory on the wall of Oretta "Sally" Glisson, sign in using one of the following options:

The gesture that can change the world

Oretta "Sally" was born in Brawley, California on October 21, 1933 to the late Norman Hal Henderson and Naomi Esther Henderson. She passed from this life at her residence on February 15, 2020 at the age of 86 years. Sally was raised and educated in Brawley, CA, where she spent the majority of her adult life. She married Joseph Glisson in California in 1962, and they made their home Brawley until 1974, when they moved to Depew. While in California, she was baptized as one of Jehovah's witnesses and maintained her faith up until death. She had the privilege of hosting the Congregation Book Study in her home. Her last breath was taken when listening to the song "Give Me Courage", which can be heard at JW.org. Sally enjoyed quilting, crocheting, and working puzzles. She would raise a large garden each year and would can and freeze the fruits of her labor. In addition to her parents, she was preceded in death by a daughter: Peggy Glisson; and her husband: Joe Glisson in 2017.

To send flowers to the family or plant a tree in memory of Oretta "Sally" Mae Glisson, please visit our Heartfelt Sympathies Store.

There are no events scheduled. You can still show your support by sending flowers directly to the family, or planting a memorial tree in memory of Oretta "Sally" Mae Glisson.
Visit the Heartfelt Sympathies Store

We encourage you to share your most beloved memories of Oretta "Sally" here, so that the family and other loved ones can always see it. You can upload cherished photographs, or share your favorite stories, and can even comment on those shared by others. 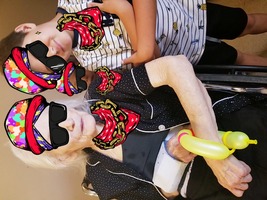 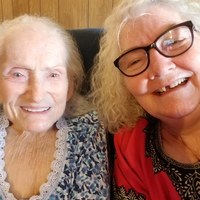